What Now? Child Survivors in the aftermath of the Holocaust | Lecture by Mandelbaum Fellow, Dr Sharon Kangisser Cohen

What Now? Child Survivors in the aftermath of the Holocaust

Organised by Mandelbaum, the Sydney Jewish Museum and the University of Sydney’s Hebrew, Biblical and Jewish Studies. 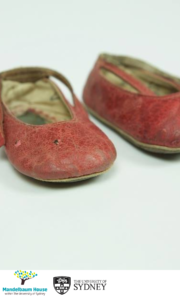 Join us online as Dr Kangisser Cohen highlights some of the issues that Jewish children had to confront trying to survive Nazi occupation and how these experiences affected and challenged their attempts to rebuild their lives after the war.

In the aftermath of the Holocaust, child survivors in the post-war period were both physically and emotionally devastated. Many had suffered recurring trauma throughout the war. Having lost family, friends, and community, these young survivors were tasked with confronting their losses while moving forward to create new lives for themselves.

Originally from Sydney, Sharon is based in Israel and is Editor-in-Chief of Yad Vashem Studies and the Director of the Eli and Diana Zborowski Centre for the Study of the Aftermath of the Holocaust at the International Institute for Holocaust Research at Yad Vashem. She is a child survivor expert and is currently working on the publication of the post-war diaries of Holocaust survivor Yehuda Bacon.