UBEF Lecture Series | The Contested Middle: Tibetan Debates Regarding How to Understand Madhyamaka

The Contested Middle: Tibetan Debates Regarding How to Understand Madhyamaka

All four orders of Tibetan Buddhism agree that Nāgārjuna’s Prāsaṅgika Madhyamaka as interpreted by Buddhapālita and Candrakīrti is the supreme philosophical system, but from the earliest period of Buddhism’s introduction to the Plateau there have been deep disagreements regarding how it should be understood. This talk will focus on the debate sparked by Daktsang Sherap Rin-chen, who accused Tsongkhapa of “eighteen great burdens of contradiction” in his Madhyamaka system. Daktsang is particularly critical of Tsongkhapa’s attempt to bring together the Epistemological tradition of Dignāga and Dharmakīrti — which relies on foundational epistemic warrants (pramāṇa) — and Madhyamaka, which Daktsang asserts is non-foundational and eschews the adoption of any thesis. Daktsang’s broadside sparked rebuttals from some of the leading figures of Tsongkhapa’s Gelukpa order over the course of centuries — including the fifth Dalai Lama, Nga-wang Losang Gyatso, the first Panchen Lama, Losang Chögyen, Jamyang Shepa, and the first Purchok Rinpoche, Ngawang Jampa. The eighth and ninth Karmapas, Mikyö Dorjé and Wangchuk Dorjé, defended Daktsang’s position and extended his critique, developing an even more radical vision of Madhyamaka. This presentation will discuss the main issues at stake in the controversy, particularly the status of conventional truths: given that they are thoroughly intertwined with error, is it feasible to talk about validity for mundane perception? Another related issue is the nature of buddhahood: do buddhas know the conventional? If so, does that mean that their perceptions are tinged with error? If not, are they incapable of knowing half of reality? 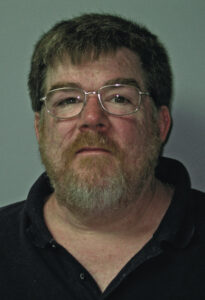