Can traditional Buddhist meditation techniques be applied to modern ways of living outside the monastery? Mindfulness has become a widely followed form of “meditation” outside the meditation hall. There are mindfulness sessions offered even at public schools and universities. Other techniques from the Buddhist toolbox of mental and emotional emancipation are applied in therapies aiming at “wisdom” in everyday life. Buddhists claim no copyright on such techniques. The original soteriological aim of overcoming samsara is not anymore an aim. It has been argued that the practice of mindfulness can even lead to the opposite effect: to make one appreciate and love samsara more instead of overcoming it.

The lecture will take up these issues and discuss them against the background of some of the major strands of meditation in the Buddhist traditions. A focus will be on the crucial question of whether a solid moral foundation and ethical motivation can support an effective meditative practice. A joint research project on this issue by the universities of Jerusalem and Hamburg has recently been started. 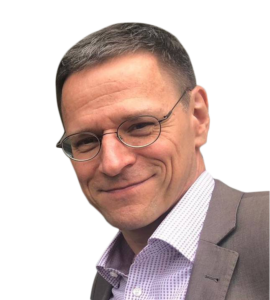 Professor Michael Zimmermann studied Classical Indology, Tibetology and Japanology at the University of Hamburg and earned his doctorate with a thesis on the origin of the teaching of buddha-nature in India. He spent several years at universities in Kyoto and Tokyo and later worked for the German Research Foundation in Hamburg and Kathmandu. After four years in the Department of Religious Studies at the University of Stanford, in 2007 he became professor for Indian Buddhism at the Asien-Afrika-Institut of the University of Hamburg, one of Europe’s largest research institutions dealing with Asian languages and cultures.

Professor Michael Zimmerman is the 8th holder of the University Buddhist Education Foundation (UBEF) Visiting Professorship in Buddhist Studies. This Professorship was established at the University of Sydney in 2009 through the generosity of the UBEF for the purpose of sponsoring an extended visit to Sydney of a distinguished international scholar in any field of Buddhist Studies, in order to expose students and academics to current trends in research and to raise the profile of Buddhist Studies in Australia. It is administered by the Department of Indian Subcontinental Studies in the School of Languages and Cultures.