The 13th Inoue Yasushi Award Ceremony and Film Screening of Fusé: Memoirs of a Huntress

The Department of Japanese Studies presents

The 13th Inoue Yasushi Award Ceremony for Outstanding Research in Japanese Literature, Culture and Art in Australia and New Zealand

For her article “Dogs, gods, and monsters: the animal–human connection in Bakin’s Hakkenden, Folktales and Legends, and two contemporary retellings”

Lucy Fraser is a Lecturer in Japanese at the School of Languages and Cultures, The University of Queensland. Her research interests include depictions of animal-human relationships in Japanese fiction, fairy tales and fairy tale retellings in Japanese and English, and ideas of gender–especially the figure of the girl–in contemporary Japanese literature, manga, film, and television. She is also interested in editing and translation of literature and literary criticism. 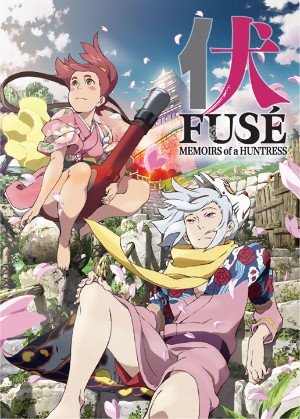 Hamaji is a strong and independent girl who lives alone in a mountain. Surviving as a hunter just like her grandfather, she one day receives a letter from her brother who lives in Edo. He wants her help in hunting “fuse”, half-human half-dog beings who consume human souls. Reaching the big city, she gets lost and ends up meeting Shino, a fuse.