Organised by the Department of Chinese Studies

Women and China’s Socialist Construction in the 1950s 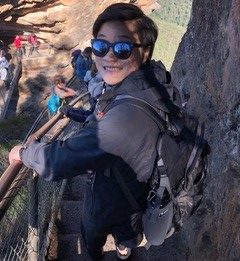 National reconstruction and industrialisation were the two main tasks of Chinese Communist Party (CCP) in the first decade after the formation of People’s Republic of China (PRC). As a CCP-led national women’s organisation, the All-China Women’s Federation (ACWF) was granted a significant responsibility of women’s mobilisation. The state had a high expectation of ACWF’s capacity to organise women towards the project of national development. This paper reveals the underlying logic of the state’s agenda of women’s emancipation by analysing the ACWF’s campaign for mobilising working women and workers’ dependents in national development in the 1950s. The state predicted that involving women in the social production was not only the first premise for their own liberation but also necessary for the economic development of the country. This paper suggests that the status of women within state discourse was tightly associated with their contribution to the socialist construction in labour force, domestic support and street work.

Junyi Cai is a PhD candidate in the Department of Gender and Cultural Studies at The University of Sydney. Before coming to Sydney, Junyi worked as a research fellow on social development in China. She is currently working on her dissertation on conceptualising state feminism in China. Junyi’s research interests include feminism and gender politics in China. 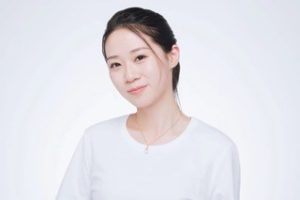 Against the heavy online censorship, the unfolding #MeToo movement in the worldwide encouraged many Chinese women come forward told their stories online. It is important to see how Chinese media interpreted these allegations. The ways in which media approach these news stories could reveal more about the Chinese media’s positions in the movement and the power of media to tell the truth on gender-related issues. This paper examines how Chinese traditional media responds to the news on social media, and what aspects and content are they decide to reproduce from online media, and how various factors work together to produce certain decision-making and news production. By conducting comparisons of news reports from small local media and their counterpart in Chinese first-tier cities, I try to test a hypothesis through this case study that local media is more conservative than metropolitan media on cover sensitive gender issues.

Shan Huang is a Ph.D. candidate at University of Technology Sydney. Her doctoral research focuses on the gender and local media in China. She conducts case study of a municipal-level media institution to test how the role of the scale of place played in the relations of gender norms and female journalists’ experiences in China. 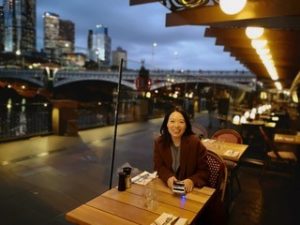 Unprecedented urbanization with extensive rural-urban migration in China has been paralleled with a wide range of social challenges. Zooming in and examining a China’s sensational Hakka dialect rural rock band and its music representation, this paper reveals how struggling lives of rural and county youths, empty-nest rural elderly, left behind children and women are framed by power structure of rural-urban dualism in China and how the booming new media era provide a possible alternative way for rural lives to transcend the boundaries of the dualism. Inspired by life experience of their own and stories of friends from their hometown, a remote county of Guangdong province, Jiulian Zhenren wrote and performed an array of remarkable rock songs in Hakka dialect, echoing millions of struggling lives in every part of Chinese rural society. This paper finds that Jiulian Zhenren’s rock music stage performance, content of lyrics, and rock music genre, feature prominent characteristics of dualism, perfectly showcasing that under the structure of rural-urban dualism, rural and county youths struggling between retreating to rural hometown and fighting to survive in urban cities, rural empty-nest elderly stranding in poverty and loneliness, left behind children suffering unbearable separation with migrant parents, and rural women enduring ingrained gender inequality. By studying the band’s pathway to success along with emerging patterns of new media development in China, this paper indicates the convergence of booming media, music and entertainment industries in China is helping the band, among other rural lives with alternative avenues to transcend the enduring dualistic power structure.

Juan CHEN is a PhD candidate from Department of Government and International Relations, the University of Sydney. She received her master’s degree in International Relations at Fudan University of China in 2009 and then worked as a researcher in China’s energy industry for several years. After migrating to Sydney, Australia, Juan continued her study on China’s energy security as her PhD project. In addition to the field of energy and climate change, Juan’s research interests include but not limited to the following areas: immigrants’ political participation, China’s domestic politics.