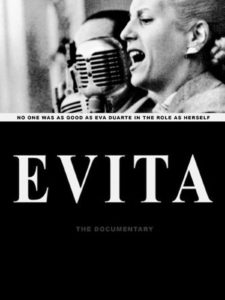 In this seminar we will be screening EVITA: The Documentary (2012) directed by Eduardo Montes-Bradley with a discussion led by Dr Peter Ross. Dr Peter Ross has worked extensively on Argentine and Latin American history and culture, including the classical Peronist period (1946-55) to which we owe the rise of the well-known figure of Eva Perón, Evita. The documentary film comprises of previously unseen historical footage of the former Argentine first lady from her humble beginnings to her mass-adoration and immortalisation. Like many other historical and mythical figures, Evita has transcended time and space, her iconic and recognisable image in popular culture to this day offers a platform for debate.