In 1894 the first sheep farm or estancia was established in Tierra del Fuego; over the following decade they multiplied all over the island, driving out the native Selk’nam people, who until then had had little contact with Europeans. To put a stop to the state-endorsed genocide the Salesian Order established two missions in the Chilean and Argentine sides of Tierra del Fuego, but in spite of their best intentions these became virtual extermination camps. Meanwhile, Anglican missionary Thomas Bridges and his son Lucas experimented with a new model, an estancia where the native peoples could be trained in the skills needed to benefit from or at least cope with European colonization while retaining their identity and traditional practices. 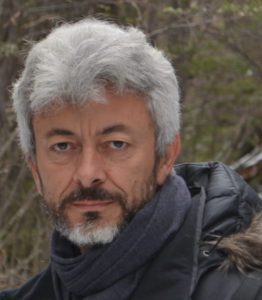 Carlos Gamerro was born in Argentina and has published six novels, including Las Islas (1998) (The Islands, 2012), El secreto y las voces (2002) (An Open Secret, 2011), and La aventura de los bustos de Eva (2004) (The Adventure of the Busts of Eva Perón, 2015). His latest novel, Cardenio (2016), is about Shakespeare’s lost play based on Don Quixote. Carlos Gamerro’s translations include Shakespeare’s Hamlet and The Merchant of Venice; he has published books of essays on Borges and Joyce and his Facundo o Martín Fierro won the prize for Best Book 2015 awarded by the Buenos Aires Book Fair. In 2007 he was Visiting Fellow at Cambridge University, in 2008 he participated in the International Writers Workshop in Iowa, and in 2012 in the International Writers Conference held in Edinburgh.

Carlos will be participating in the World Literatures and the Global South Conference which will be at the University of Sydney on 23–25 August 2019.