The Sydney University Research Community for Latin America (SURCLA), in collaboration with the Association of Iberian and Latin American Studies of Australasia (AILASA), are proud to present a discussion with Daniela Catrileo about the contemporary imagination of the Mapuche culture as a result of a shared and violent political history.

The seminar will be held remotely on Zoom on Friday 3 December, 10am (AEST Sydney time) / Thursday 2 December, 8pm  (Santiago, Chile)

Chaired by the University of Sydney’s own Dr Fernanda Peñaloza the event will feature a live conversation with Daniela Catrileo, a Mapuche writer and poet based in Chile. The word witral in Mapudungun, the official language of the Mapuche, refers to the act of weaving and to the loom. Symbolically it represents the idea of diaspora and the movement of Mapuche subjects from Wallmapu, the traditional territory of the Mapuche, and how the shared experiences of anti-colonial resistance, decolonial and antiracist feminism and artistic literary creation are all connected.

The event will be conducted in both Spanish and English, and is open to all members of the general public. It aims to shed light on the importance of literary creation, memory and community in preserving cultural heritage, and to showcase the work that Daniela Catrileo is achieving in her own literary output, as well as to develop closer connections between Australia and Chile. 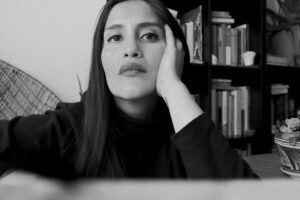 Daniela Catrileo is a Mapuche writer born in Santiago, Chile. She has degrees in Education, Philosophy, Cultural Journalism, Editing and Literary Criticism from the Metropolitan University of Educational Sciences, and The University of Chile, as well as a Masters in American Aesthetics from the Pontifical Catholic University of Chile. Her publications include the poetry collections, Río herido and Guerra florida, the short story collection Piñen and the poetry plaquettes, El territorio del viaje and Las aguas dejaron de unirse a otras aguas, as well as a series of audiovisual poems such as Llekümün, which reflects on the Mapuche diaspora and the memories of her grandmother Juana Collihuín and won the 2020 Ax contest dedicated towards the cultural exchange between Indigenous and Afro-descendant subjects. She is a member of the Mapuche Rangiñtulewfü Collective, as well as being part of the editorial team for Yene Revista and the Chillka Editorial Cooperative. She was also the editor of the Mapuche literary anthology Wirintukun ti kalül taken from the workshop of the same name at the Museum for Memory and Human Rights in Santiago. 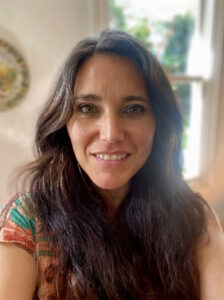 RSVP via our registration form to receive the Zoom link.