Spanish and Latin American Studies | On Becoming Gilberto Freyre: a Brazilian student in the United States

On Becoming Gilberto Freyre: a Brazilian student in the United States

Most studies on Gilberto Freyre, one of the leading authorities in the transformation of sociological and historical studies in mid-20th-century Brazil, tend to focus on his major work, Casa-Grande & Senzala (1933), and the influence of his Columbia advisor, renowned anthropologist Franz Boas. Rather than the conventional picture of a Brazilian student uncritically embracing theories from North America and Europe, the seminar will show, thanks to Freyre’s intimate correspondence and memoirs, that his everyday interactions as a young migrant in Texas and New York, between 1918 and 1922, shaped the racial and cultural discourses that he would later utilize in his studies on Brazilian civilisation and society. 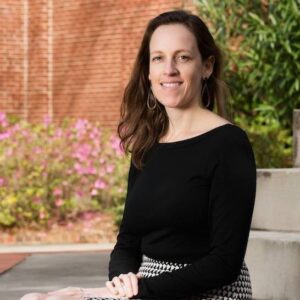 Dr Andréa Cabral Leal Ferreira is the Academic Coordinator at CAPA: The Global Education Network in Sydney, NSW. Previously, she worked as Lecturer of Portuguese and Portuguese Undergraduate Coordinator in the Department of Spanish and Portuguese Studies at the University of Florida (Gainesville, FL) from 2016-2022. She served as Affiliate Faculty at the UF Center for Latin American Studies from 2017-2022, and as director and instructor of the University of Florida Summer Study Abroad Program in Rio de Janeiro, Brazil, from 2015-2021. She received her Ph.D. in History from the University of Florida earlier this year, after earning her M.A. in Brazilian Studies in 2009. Dr. Ferreira has taught courses on Brazilian culture and literature, mega-events, contemporary Latin American history, Brazilian race and national identity, Portuguese language, Portuguese translation/interpretation, and tourism in Brazil. She also designed and supervised student internship programs in the US and Brazil.