The Departments of Hebrew, Biblical and Jewish Studies, Germanic Studies and European Studies of the School of Languages and Cultures present

Photographing the ruins of Nazi Europe and the remnants of Jewry

Throughout the Second World War, the United States Army Signal Corps became increasingly entrusted and adept at capturing the total experience of war though photography and film.  Not surprisingly, there was a greatly disproportionate cohort of Jews among Signal Corps photographers, many of whom had earlier been professionally active.  Their industrious and creative efforts not only documented the complicated end of the war, but simultaneously sought to ‘universalize’ the plight of the Jews—while also revealing that there were distinctive Jewish stories amidst the ruins of Europe.  In total their work helped to foster sensitivity to the destruction of places and people (including Jews individually and collectively) and underscored trauma as a phenomena that called for compassion. 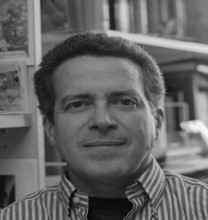 Michael Berkowitz is Professor of Modern Jewish history at University College London.  He is author of five monographs  and editor or co-editor of five volumes on topics from Zionism in Central Europe to the engagement of Jews in photography, and editor of Jewish Historical Studies: Transactions of the Jewish Historical Society of England.  His most recent book is Jews and photography in Britain (2015).