Resisting Violence: A Seminar on the International Day for the Elimination of Violence against Women 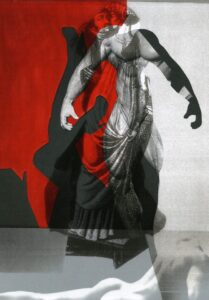 With respondents and roundtable

RSVP is essential. Register now to receive the Zoom invitation.

‘At least we treat out women better than they do’. Passing comment on the status of a nation’s women is now a common global benchmark. At best such comparisons can shame governments into action on gender legislation and at worst they justify controversial international military action from forces seeking to ‘save their women’. As China’s global status and power increases, how are ‘Chinese women’ featuring in the international appraisal of the nation’s legitimacy as a global leader? Changes to domestic violence laws in 2016 came only months after the 2015 crackdown on feminist activism around sexual harassment in public transport.

How do we make sense of such apparent contradictions—in which the same authorities, almost-simultaneously crack-down on and support women’s campaigns for protection from violence? An examination of the way that women’s rights activism has operated in the One-Party socialist state since the 1960s provides a few explanations and helps us get beyond notions informed by anti-Communism and self-congratulatory west-centrism that led the western media to incorrectly herald China’s 2016 laws as the first relating to Domestic Violence in the country’s history. Since the 1960s, the PRC has undergone dramatic social and economic changes. Radical Maoist revolutionary socialism isolated the country from the world at the start of this era, while the state-managed capitalism of the comparatively-liberal present opens China to global influences. Activism by women for women has evolved over this half century in concert with these changes. This paper examines the evolution of feminist activism and the challenges these vastly different contexts present for women as China’s Party-state reconfigures its global status.

Louise Edwards is Scientia Professor of Chinese History at UNSW. She publishes on women and gender in China and Asia. Her most recent books include Drawing Democratic Dreams in Republican China (Washington University Press, 2020), Women Politics and Democracy: Women’s Suffrage in China (Stanford University Press 2008) and Women Warriors and Wartime Spies of China (Cambridge University Press 2016). Edwards is a Fellow of the Australian Academy of Humanities, The Academy of the Social Sciences in Australia and the Hong Kong Academy of the Humanities. Between 2015-2016 she served as President of the Asian Studies Association of Australia. She was awarded her BA from Auckland University, BA (hons) from Murdoch University, and PhD from Griffith University.

For too long our culture has depicted victim-survivors of domestic abuse as passive, fearful and helpless. In reality, the truth is often radically different. Victims of abuse are almost never passive in the face of their abuse; even when it looks to the world like they have surrendered their agency, they are resisting and strategising constantly in order to survive.

Jess Hill is an investigative journalist and author who’s been reporting exclusively on domestic abuse since 2014. Prior to this, she was a Middle East correspondent, and producer and reporter across ABC TV and radio. She’s won multiple awards for her reporting, and in 2019, she published her first book, See What You Made Me Do, about domestic abuse in Australia. The book was awarded the 2020 Stella Prize, the Bookseller’s Choice Award, and was shortlisted for several others, including the Walkley Book Award. She is currently adapting the book into a 3-part series with Northern Pictures for SBS, and is producing an audio-documentary series with the Victorian Women’s Trust.

This paper proposes a novel theoretical framework that weaves together Pierre Bourdieu’s concept of habitus with Jean-Paul Sartre’s understandings of responsibility and bad faith. Through this non-traditional theoretical union, this paper seeks to offer an alternate understanding of responsibility that moves beyond dichotomous gendered and racialised constructs of victims and perpetrators as non-agents. Drawing on empirical examples from past and current projects that have focused on violence against (non/racialised) women by (non/)racialised men, the paper will specifically discuss the potential of Sartrean existentialism for theorising policy and legal conceptions of responsibility in cases of violence against women.

Selda Dagistanli has a specific research interest in the intersections of disadvantage experienced through race, gender and class. With a continued commitment to her background in philosophy, Selda researches in a range of inter-disciplinary areas relating to ‘cultures of abuse’ and the racialisation of gendered violence, multicultural politics and (anti-Muslim) racism, and cultural diversity and the law through critical race and feminist analyses of legal and political discourses.

The history of colonial violence, which intensified with the territorial expansion of Argentina and Chile in the second half of the 19-Century continues to this day. A tragic example of this situation is the eviction of families occupying land “illegally”; incarceration of indigenous activists; or in extreme cases, murder. This presentation focuses on colonial violence perpetrated by state authorities and the public health system against Mapuche women by analysing its representation in the film Gerónima (Raul Tosso,1986, Argentina). The title of my presentation is a quote attributed to Gerónima (played by Mapuche playwright, activist, singer and actor Luisa Calcumil). The film is based on the book by Jorge Luis Pellegrini, a psychiatrist who became Gerónima’s doctor. This is the story of a young Mapuche mother of four, who, judged unfit by official authorities to look after her family, ends up admitted in a hospital as a mental health patient. Drawing from the work of Maria Lugones (2007), amongst other Latin American feminist theorists, I will discuss the political, historical and cultural context of the film as well as the interconnections between colonial oppression, mental illness and the racialised female body.

Fernanda Peñaloza is a Latin Americanist, with a strong background in critical theory, and expertise in the field of Latin American Cultural Studies. Interdisciplinary in nature, her work is primarily concerned with how knowledge production, and political, economic and cultural forces shape the way in which the peoples of Latin America and the region itself—both as a signifier and as a geopolitical location—are discursively constructed. In the past few years, her publications focus on Latin American cultures, and their interconnections with Australia. Mapping Connections: Australia and Latin America (co-edited with Sarah Walsh, Palgrave, 2019) is the most recent publication outcome that illustrates the line of research she is developing.

This presentation examines ways in which women diagnosed or labelled with mental health disorders have been represented in photography and cinema in Italy. It analyses the relationship between these representations and the structural, gendered violence often perpetrated against such women. From photographs such as those collected by criminologist Cesare Lombroso in the late nineteenth century to those made by photographers like Carla Cerati and Gianni Berengo Gardin in the context of Franco Basaglia’s psychiatric reforms in the 1960s, and from films such as Carmine Gallone’s Malombra (1917) to Marco Bellocchio’s Vincere (2009), representations of women with mental disorders are almost always framed and marked by forms of violence. I argue that such images need to be viewed in the context of the shared status of photography, cinema and psychiatry as contemporarily “modern” inventions with interconnected scopic regimes that play an important role in either reinforcing or contesting violent systems of surveillance and oppression of women.

Sally (Sarah Patricia) Hill is Head of the School of Languages and Cultures and Associate Professor in Italian at Victoria University of Wellington, New Zealand. Her work focuses on intersections among twentieth-century Italian cinema, literature and visual culture, with a particular interest in photography and film and in the representation of marginalised experiences. With Giuliana Minghelli, she co-edited Stillness in Motion: Italy, Photography and the Meanings of Modernity (Toronto University Press, 2014). She recently co-edited a special issue of Studies in Travel Writing on travel writing and the visual with Giorgia Alù, and her current research focuses on representations of disability in Italian film and photography.