Oriental Society of Australia Lunchtime Seminar Series | The Aesthetic Needs of the Masses: Artistic Reception in the Aftermath of the Great Leap Forward

The Oriental Society of Australia presents

The Aesthetic Needs of the Masses: Artistic Reception in the Aftermath of the Great Leap Forward

In May 1962, as the People’s Republic of China was recovering from Mao’s disastrous Great Leap Forward, the newly constructed Museum of Chinese Art in Beijing held its inaugural exhibition: a celebration of the twentieth anniversary of Mao’s treatise on socialist cultural work, “Talks at the Yan’an Forum on Art and Literature”. This paper analyses descriptions of the new Museum and its inaugural exhibition to explore how the party-state mobilised artistic practice to contribute to post-Leap recovery efforts. In contrast to Great Leap Forward cultural policies that demanded art rouse enthusiasm for labour amongst workers, peasants and soldiers, in 1962, cultural bureaucrats argued that art should serve the “aesthetic needs” of the masses. Articles in People’s Daily and professional journals discussing the new Museum presented the institution as a space for aesthetic pleasure, describing, or even imagining, the enjoyment of exhibition visitors as they toured the Museum’s halls and gardens. This paper argues that cultural bureaucrats used ideas about reception both in an effort to win back a disillusioned population with the promise of amusement and pleasure, and to model an idealised relationship between the people and the socialist state; praising exhibition visitors for reporting their opinions and critiques of artworks, cultural bureaucrats suggested that the party-state was concerned with popular opinion and responsive to criticism. Exploring the party-state’s deployment of reception as a political resource, this paper considers the complex ways in which meaning was made in socialist artistic culture. 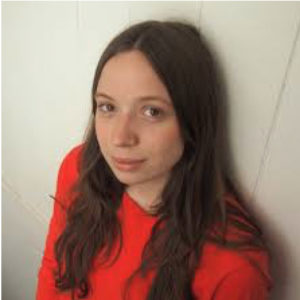 Dr Minerva Inwald is a Researcher based in the Department of History, University of Sydney, focusing on the cultural history of the People’s Republic of China in the Mao era. Using Chinese-language primary sources to examine how exhibitions at this prestigious space were used to communicate ideas about the role of art in China in relation to conceptions of ‘the people,’ her research seeks to investigate broader questions of how art objects circulate in museum contexts, as well as outside museums such as in domestic, work and public spheres. Minerva graduated with Bachelor of Arts (Languages) Honours degree from the University of Sydney in 2012, and in the same year was awarded the Francis Stuart Prize for Asian Art History form the Department of Art History. She has contributed a number of papers at academic conferences in Sydney, Melbourne and Brisbane, and recently undertook an 8-month postgraduate exchange program at Beijing’s Central Academy of Fine Arts.

About the OSA Lunchtime Seminar Series

On the last Tuesday of every month from October, the Oriental Society of Australia will hold lunchtime seminars for all to attend and hear from researchers working across different geographical and cultural understandings of Asia.
The series will feature early career and higher degree researchers, and we hope to develop a network of perspectives from across the region. Please join! And get in touch if you would like to present at a future date.
For more information, contact: OSA Honorary Secretary Seiko Yasumoto seiko.yasumoto@sydney.edu.au

The Oriental Society of Australia