The Jewish Heroes of Warsaw: the aftermath of the revolt

The Jewish Heroes of Warsaw: the aftermath of the revolt

Organised by Mandelbaum, the Sydney Jewish Museum and the University of Sydney’s Hebrew, Biblical and Jewish Studies. 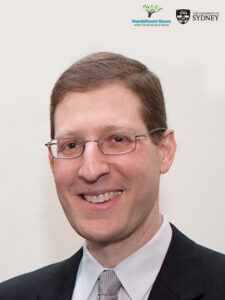 In this in-person lecture at the Sydney Jewish Museum, Professor Patt will discuss how the heroic saga of the Warsaw Ghetto Uprising was mythologised in a way that captured the attention of Jews around the world, allowing them to imagine what it might have been like to be there, engaged in the struggle against the Nazi oppressor.

Avinoam J. Patt, PhD is Adjunct Professor at the Greenberg Center for Judaic Studies at the University of Hartford. He worked as the Miles Lerman Applied Research Scholar for Jewish Life and Culture at the Center for Advanced Holocaust Studies of the United States Holocaust Memorial Museum (USHMM). He received his PhD in Modern European History and Hebrew and Judaic Studies from New York University. His first book, Finding Home and Homeland: Jewish Youth and Zionism in the Aftermath of the Holocaust (published by Wayne State University Press, May 2009) examines the appeal of Zionism for young survivors in Europe in the aftermath of the Holocaust and their role in the creation of the state of Israel.