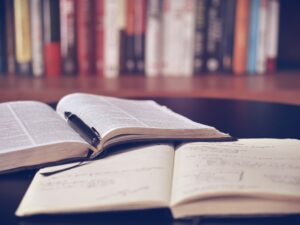 Cultural exchanges of Romanized European civilizations with the Iranian area are rooted in classical antiquity. This factor, which might appear trivial, becomes relevant when the incidence of the Persian world is compared with the influence of the so-called Arab culture that begins its interaction with Latin Europe more than a millennium after the first cultural exchanges between the classical world and the Persian civilization. In this seminar the influence of Persian and Arabic words on Italian language and literary culture will be examined by discussing concrete examples and classifications of different words, which were transmitted from Persia into the Italian peninsula. Such terms entered the Italian language in the first phase of the formation of neo-Latin literature between the thirteenth and the early fourteenth century and demonstrate a vast semantic area that oscillates from the refined signs of a peaceful common life to the harsh symbols and phenomena regarding war. On a linguistic level, the reception of different types of loanwords in comparison with original uses will be analysed.

Iman Mansub Basiri is Assistant Professor of Italian Language and Literature at the University of Tehran, where he obtained undergraduate degrees in Persian Literature and in Italian Literature, followed by a doctorate in Italian Studies from the Sapienza University of Rome. Basiri has published textbooks and articles about comparative literature and linguistic in the fields of Romance philology and the Persian tradition. His numerous essays, mostly published by Italian scholarly journals, focus on philology and comparative studies and deal, in particular, with the relationship between the Romance literary tradition and Persian literature. His most recent studies are concerned with the influence of Persian lyric on Italian medieval culture. He is also an editorial board member of scholarly journals such as the Rivista di letteratura comparata italiana bizantina e neoellenica and Letteratura Italiana Antica.

All welcome to attend, RSVP not required