The Double Life of the Voice in the Italian Renaissance 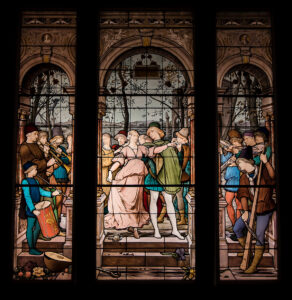 The sound of the human voice carries both referential and emotive meaning. We tend to associate the former with speech and the latter with music. In the Renaissance such a distinction was less clear than it seems. The problem was in large part due to the role attributed to the soul as the source of both verbal and musical sound. Linking vocal emission to the activity of the soul brought with it certain ontological commitments: the sound of the voice resonated close to the source of being. Two ontologies of sound complicated the matter. On one side, the cognitive value of sound as carrier of verbal meaning was taken for granted. One the other, it was difficult to escape the long Pythagorean and Platonic tradition that attributed to sound a different, and to some an even superior, cognitive value as sensory apprehension of a mathematical order to which the soul is naturally attuned. My paper investigates the implications of this dualism, namely the coexistence of two principles of rationality—semantic meaning and mathematical order—in sixteenth-century theories of sound and voice. Taking my cue from Bernardino Tomitano’s claim in 1545 that the pleasure of musical sound may just be a non so che (the Italian equivalent of the French je ne sais quoi), I will argue that his uncertainty about the nature of this special kind of sensory pleasure reflects a long-standing concern with the voice’s ability to represent two different abstract realities, semantic and mathematical.

Giuseppe Gerbino is professor of Historical Musicology at Columbia University, New York. He has published on the Italian madrigal, the relationship between music and language in the early modern period, early opera, Renaissance theories of cognition and sense perception, and he is currently at work on a book on music and mind in the Renaissance. He is the author of Canoni ed Enigmi: Pier Francesco Valentini e l’artificio canonico nella prima metà del Seicento (Rome, 1995), and Music and the Myth of Arcadia in Renaissance Italy (Cambridge, 2009), which won the 2010 Lewis Lockwood Award of the American Musicological Society. His research has been supported by grants and fellowships from the American Musicological Society, the Harvard Center for Italian Renaissance Studies (Villa I Tatti), the Renaissance Society of America, the Mellon Foundation (Newberry Library), the American Philosophical Society, and The National Endowment for the Humanities, and the National Humanities Center. At Columbia he was also the recipient of the Lenfest Distinguished Faculty Award in 2013 and the Great Teacher Award of the Society of Columbia Graduates in 2019.