Italian Studies | Sinner or Saviour or both? Dante’s Claims in and around Paradiso 25

Sinner or saviour or both? Dante’s claims in and around Paradiso 25 | Webinar 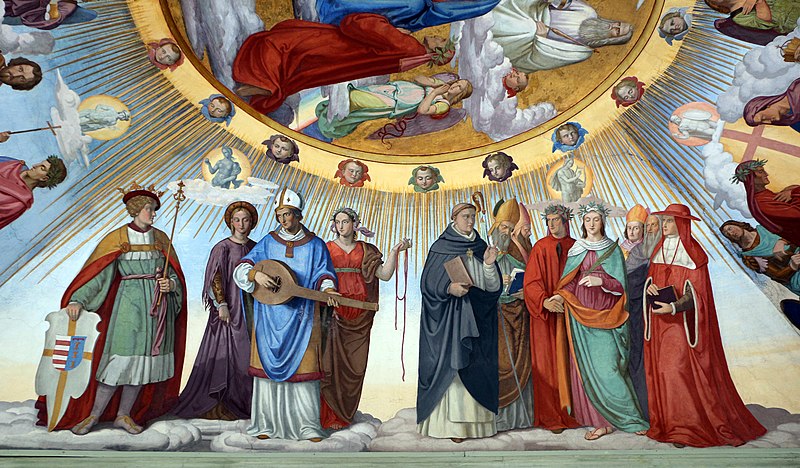 The extraordinary claims that Dante makes in cantos 24-26 of Paradiso with regard to both his theoretical knowledge and his actual ‘possession’ of the three theological virtues – Faith, Hope and Love – do not seem to be entirely consistent with the story of a character who, only a few days earlier, was struggling in the dark forest and about to succumb to intellectual bewilderment and moral straying. Why else was that character so close to spiritual death if not because he lacked those virtues which he now claims to know so profoundly and hold in supreme measure? This paper argues: first, that Dante here transcends any distinction that may operate elsewhere in the poem between Dante as character, narrator and author; second, that his claims make sense in the context of his circumstances at the time when he composed cantos 24-26 of Paradiso, i.e. on or just before 1320, twenty years after the fictional date of his journey to the Otherworld; and third, that he is likely to have made such claims in order to preempt any personal attack on himself and his mission as theologian, prophet and reformer of the Church.

Lino Pertile is Carl A. Pescosolido Professor Emeritus of Romance Languages and Literatures, Harvard University, and a member of the Accademia Ambrosiana and Accademia dei Lincei. A graduate of the University of Padua, he taught Italian Literature in France and Italy (1964-68), and, from 1968, the United Kingdom (Reading, Sussex, Edinburgh) before joining Harvard University in 1995, where he served as House Master (2000-2010) and Director of Villa I Tatti, The Harvard University Center for Italian Renaissance Studies in Florence (2010-15). He has published essays on the French and Italian Renaissance (Montaigne, Bembo and Trifon Gabriele), and on 20th century Italian literature (Pavese and the contemporary novel). His publications on Dante include Dante in Context (2015, coed., paperback 2017), the Special Dante Anniversary Issue of Forum Italicum (55/2, 2021 coed.), and the volumes La puttana e il gigante: dal Cantico dei Cantici al Paradiso terrestre, 1998, La punta del disio. Semantica del desiderio nella Commedia, 2005, and Dante popolare, 2021.

This seminar coincides with ‘Dante all’altro polo  –  Dante at the Other Pole’, a Rare Books and Special Collections exhibition at the University of Sydney’s Fisher Library. The exhibition celebrates the 700th year anniversary of Dante Alighieri’s legacy and impact by showcasing the poet’s work and materials. It is curated by Nerida Newbigin and Julie Price, with the support of The Department of Italian Studies, The Italian Cultural Institute Sydney and The Dante Alighieri Society of Sydney. Until June 18, 2022.

All welcome to attend, RSVP not required