Against the ‘Contraceptive Mentality’: the Long-Standing Italian Legacy of Traditional Catholic Morality 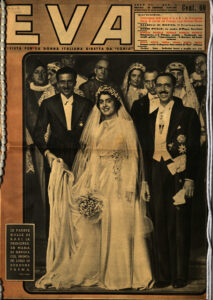 Historical research cursorily acknowledges the Catholic contribution to Italian eugenics. Yet there is a substantial link between Catholic discourses on morality and the emergence of Italian eugenics. Sexual normalisation was a key source of consensus during Fascism. Masculine and patriarchal values strengthened the strategic collaboration between Fascist demographic policies, the Italian interpretation of eugenics, and Catholic doctrine. The control of public morality and the support for reproduction met Catholic and Fascist interests. In this paper I will focus on the alliance between the State and the Catholic church working together against ‘the contraceptive mentality’. I will look at some archival documents as case studies to show how Catholic discourses on morality shaped Italian conceptions of sexuality and gender relations. I will examine the meaning of marriage for Italian Catholicism in the process of secularisation, the fight against the ‘contraceptive mentality’, the opposition to sex reform and feminism, and the spiritual transformation for the ‘battle of births’.

Lucia Pozzi is currently a postdoctoral fellow of the Institute for Advanced Studies in the Humanities (IASH) at the University of Queensland. She has published articles and book chapters on the history of Catholic discourses on sexual morals, on eugenics and birth control. Among her research interests there are the history of the Society of Jesus and the history of everyday Fascism. Her forthcoming book (Catholicism and Sexual Knowledge in the Nineteenth and Twentieth Centuries, Palgrave Macmillan) investigates how Catholicism modified and adapted itself to scientific modernity, through an exploration of its encounter with 19th-century and 20th-century medical discourses.

Image courtesy of the Department of Special Collections, Memorial Library, University of Wisconsin-Madison