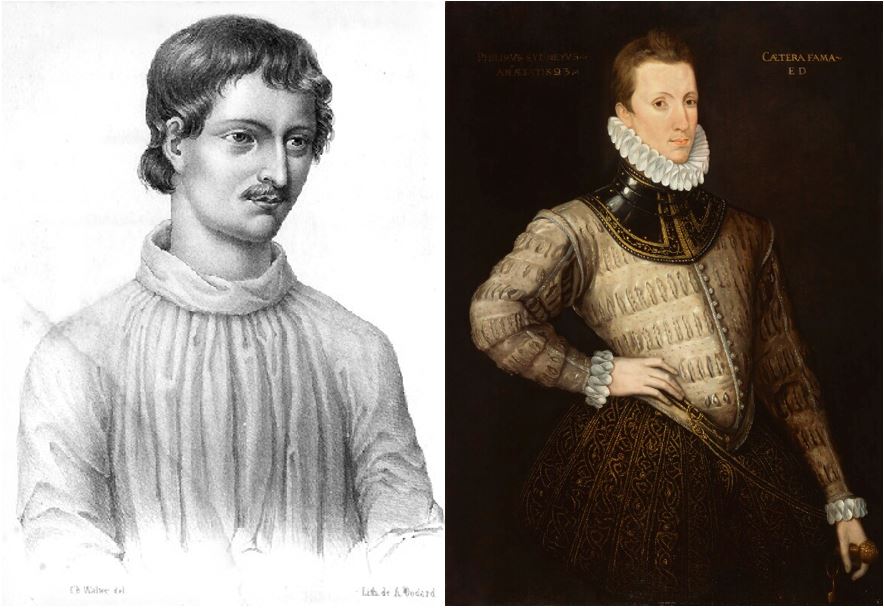 The long and complex dedicatory letter Giordano Bruno wrote to Sir Philip Sidney prefacing Lo Spaccio della Bestia Trionfante (1584) is well known to Bruno scholars and has occasionally been studied by those concerned with Sidney.  It is, however, rarely subjected to a close reading in the light of what was clearly a meditated as well as a daring choice on Bruno’s part. For although he was well aware of the social chasm which, in Elizabethan terms, separated him (a mere gentleman attendant on the French Ambassador in London, Michel de Mauvissière) from the illustrious and much admired English courtier, the letter is far from being couched in the traditional terms of courtly flattery.

On the contrary, Bruno is clearly involved in a complicated balancing act aimed at bringing into agreement a choice of Sidney as his ideal English reader with a clear statement of his own philosophy in its irreconcilable distance from Sidney’s militantly Protestant Christianity. My seminar paper will attempt to clarify the reasons for Bruno’s choice of Sidney as his dedicatee for this, his first work of moral philosophy.

About the speaker
Hilary Gatti was born and studied in Great Britain, until she married and moved to Italy in 1961. She started teaching English Language and Literature in the Letters and Philosophy Faculty of the State University of Milan in 1964, and then as Associate Professor in the Letters and Philosophy Faculty of the State University of Rome “La Sapienza” until her retirement in 2006. She has published extensively on renaissance literature and philosophy, and is the author of The Renaissance Drama of Knowledge: Giordano Bruno in England (Routledge), Giordano Bruno and Renaissance Science (Cornell University Press), Essays on Giordano Bruno (Princeton University Press) and Ideas of Liberty in Early Modern Europe: from Machiavelli to Milton (Princeton University Press). A Festschrift in her honor, edited by Martin McLaughlin of the University of Oxford, Ingrid D. Rowland of the University of Notre Dame, and Elisabetta Tarantino, was published by Legenda in October 2015. Her most recent publication is a new, commented edition and translation of Giordano Bruno’s Cena de le ceneri / The Ash Wednesday Supper, in the Lorenzo da Ponte Library series published by the Toronto University Press, 2018.