Creativity on Stage Behind Barbed Wire: Italian POWs in Africa (1940-1947) 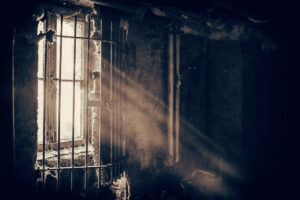 Between 1940 and 1943, around 600,000 Italian soldiers were captured by the Allies in the Mediterranean and in Africa. Most of these prisoners of war (POWs) were detained in or passed through camps scattered all over Africa, especially East Africa, before reaching their final destinations in Australia, India, Great Britain, and North America. This presentation concentrates on the over 58,000 Italians interned in British POW camps in Kenya between 1941 and 1947. It will discuss how POWs escaped the trauma of captivity through the performing arts, scientific activities, and material production. Starting from 1941, Italian captives were employed as labor force all over the British Empire. This resulted in a visible presence of Italian prisoners outside the camps and constant exchanges with local natives and colonial British forces. By 1944, Italian POWs vastly outnumbered Kenya’s white population, thus becoming essential to the country’s life. It was a presence that had a significant impact on the cultural life of Kenya under British rule, despite their captive status. They built roads, formed renowned musical ensembles, and worked in archaeological sites under the direction of paleoanthropologists Louis and Mary Leakey. They even published scientific studies while in captivity. This presentation will examine and reassess this virtually unknown aspect of the WWII African experience of Italian POWs in British hands and their cultural and material production through their life writings, archival records, and African newspapers.

Elena Bellina is Assistant Professor of Italian at the Eastman School of Music at the University of Rochester, New York. Her research and publications focus on war and captivity studies, cultural memory, autobiographical writing, gender studies, and the performing arts. She is currently working on Creativity on Stage behind Barbed Wire: Italian Prisoners of War in Africa, a book manuscript investigating how WWII Italian Prisoners of War in East Africa escaped the trauma of captivity through the performing arts and the sciences. She is also completing African Adventures: Palmiro Forzini in East Africa (1936-1946), a critical edition and English translation of a two-volume unpublished memoir about WWII captivity. With Giorgia Alù, she is co-editing the volume Captivity and Creativity: The Cultural and Material Production of Italian Prisoners in Allied Hands (1940-1947). She has investigated the connections between violence and artistic production in the co-edited volumes About Face: Depicting the Self in the Written and Visual Arts (2009) and State of Exception: Cultural Responses to the Rhetoric of Fear (2006), as well as translated Iraqi American poet Sinan Antoon’s war poetry in Italian (2010). In 2019, she was a Lauro De Bosis Fellow in the History of Modern Italy at Harvard University.