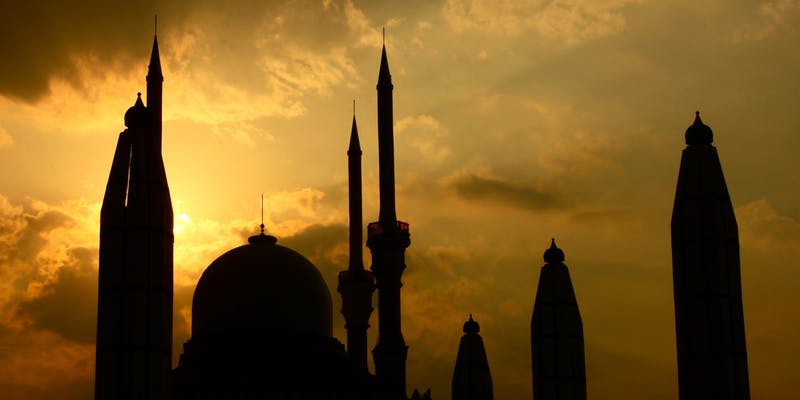 Join us for a fascinating discussion of the links between Islam and socialism in Indonesia.

In Indonesian historiography, the 1930s tends to be overshadowed by the 1926-7 communist uprisings, and the Japanese occupation of the Netherlands East Indies from 1942–1945. Despite the imposition of strict press libel laws and restrictions on the freedom of assembly, the discursive output of the Indonesian anticolonial movement (the pergerakan) remained febrile for large swathes of the 1930s. This talk explores how Islam and socialism were deeply intertwined in the pergerakan discourse of this period, by focusing on vernacular Indonesian print culture produced by both self-consciously Islamic anticolonial activists as well as by avowed socialists. This mixing of Islam with socialist ideas, rhetoric and reference points was a legacy of the pre-uprising era, which saw significant numbers of pergerakan activists identify as both Muslim and communist. This legacy was kept alive by renowned activists such as Mohammed Hatta, the future Vice-President of the Indonesian Republic, whose simultaneously Muslim and socialist leanings have been excised from the Indonesian popular historical imagination. This talk privileges vernacular print culture not because it straightforwardly reflects historical reality, but precisely because it is aspirational. It was in print that pergerakan activists were free to imagine the future contours of an Indonesian polity; it was their aspirations that led them to blend socialism and Islam in accord with the positivist, optimistic zeitgeist of the age, resulting in a phenomenon which seems so counter-intuitive today.

Lin Hongxuan is a PhD candidate at the University of Washington, Seattle, USA. His dissertation research focuses on the relationship between Islam and Marxism in the Netherlands East Indies/Indonesia, from 1915–65. His published work on Sufism in Singapore, Islamic communism in the Netherlands East Indies, and falsified histories of Singapore in the Hispanophone world have appeared in Southeast Asian Studies, Studia Islamika, and New Mandala. His broader research interests include progressive articulations of Islam in the Indian Ocean region, as well as the relationship between Islam and Marxism in Malaya and South Asia. From May 2020 onward, he will be a postdoctoral fellow at the London School of Economics Saw Swee Hock Southeast Asia Centre.

This event is co-hosted by the Sydney Southeast Asia Centre and the Department of Indonesian Studies.