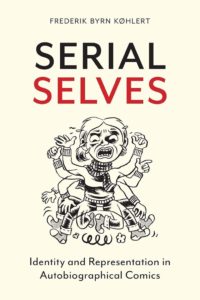 Graphic memoirs of illness and disability typically either insist on the representation of physical difference or work to make outwardly imperceptible ailments visible, both of which are strategies enabled by the comics form’s ability to depict subjective notions of bodies as well as mental states as drawings on the page. But what happens if such embodiment is bound up with bland but complicit racial whiteness—a color typically represented on the comics page as nothing more than an absence—as seen and experienced by the artist through the lens of debilitating bodily illness? In Sick, his 2016 memoir about suffering under a mysterious illness, Gabby Schulz (who is also known under the pen name of Ken Dahl, the author of Monsters) visually investigates the intersection of illness and whiteness in an America desperate to efface its own privilege. As fever wreaks havoc on his body, Schulz begins to see—and to visually depict—his entire existence as a ghost trying on a series of disguises intended to conceal what he calls the “psychic stillbirth” of being white in America—a perspective that allows him to understand, as he says, that “‘embracing my heritage’ is like covering myself in shit.” In this way, Schulz’s critique also comes to include not only the comics form itself, which has so often served to naturalize whiteness as the universal human category, but also the habitual neglect in comics scholarship to examine the racial implications of the white spaces on the page. A horror story with whiteness as its monster, Sick helps fill this scholarly gap through drawn depictions of white racial identity morphing into increasingly disturbing images of the death and destruction upon which it rests. 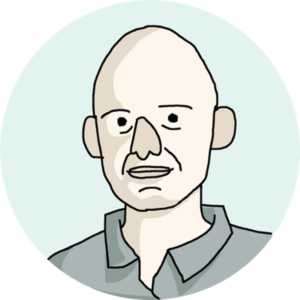