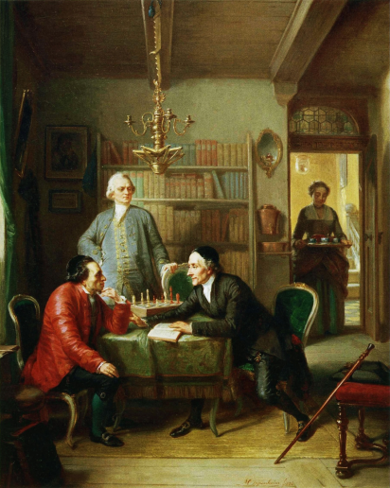 The Department of Germanic Studies presents

The coincidences and phantasms that open Lessing’s Nathan the Wise reappear throughout the entire drama and even bring about its happy ending. While the usual interpretation of the plot maintains that the illusions held by the protagonists of the play—such as their superstitions, unrestrained affects and prejudices—are overcome via a learning process and transformed into tolerance, I maintain a different view. In my presentation I will argue, first, that these illusions are gently enlightened, rather than overcome, and, second, that this process only ostensibly leads to tolerance. As a consequence, my analysis focuses on the negotiation between tolerance and intolerance, and finally arrives at the conclusion that the maid Daja actually represents tolerance better than the protagonists, because she is the only one from whom tolerant endurance is demanded.

Manuel Clemens is a lecturer in German Studies at ANU. Above all, his work focuses on the vexed relationship between aesthetics, education and politics, in order to investigate the prerequisites and constitution of a liberal society. He has have published articles on topics such as populism, authority and Bildung.