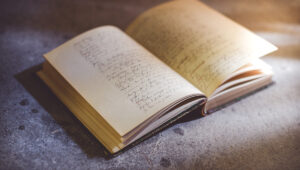 On the first of January 1816, in a small town in Germany, two women cracked open their brand new journals and composed their first entries. One, Christiane von Goethe, was the wife of the most famous German man of his time, writer and statesman Johann Wolfgang von Goethe. The other was Ernestine Engels, actress at the Court Theatre Goethe directed.

Engels’ diary has never been published (in full in German; at all in English) and has been unduly neglected in academic scholarship: the only substantial published commentary dates from the 1920s (Köster), and its editor read the diary almost exclusively for what it reveals about Goethe’s practice as a theatre director, rather than for the insights it offers into the emotional, social and working life of an early 19th century actress. And, in another surprising instance of long-term neglect in the heavily traversed field of Goethe scholarship, Christiane von Goethe’s diary was first published as late as 1999. Again, though, it is positioned as an ancillary document, and its editor (Damm) further, and without foundation, simply assumes that it was Goethe who bought the diary for Christiane, that he urged her to write in it, and suggested its format.

I suggest, however, that the two women shared a rich and mutually sustaining friendship, forming an “emotional community” (Rosenwein), founded on shared social, cultural and other bonds – and that their diary-writing is more likely to have been an enterprise jointly agreed between them. Recreating the lives and emotional connections between these women through their diaries allows them to step forth from the “shadow archive” (Engel) generated by the “march of history” (Midorikawa & Sweeney) and gives us valuable new insight into the Weimarer Klassik era, recalibrating our understanding of a story previously told almost exclusively from the point of view of the great German men of letters, like Goethe and Schiller. 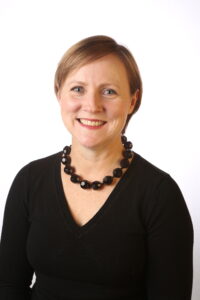 Associate Professor Laura Ginters lectures in the Department of Theatre and Performance Studies at the University of Sydney. Having originally graduated with 1st class Honours from the Department of Germanic Studies, she maintains research and teaching interests in relation to German-speaking theatre and theatre practice. Among other things, she has published on the early reception of Brecht in Australia, the performance history of Georg Büchner’s plays, and in relation to an ongoing project focussing on rehearsal and performance-making practices in Germany in the 18-19th centuries before the rise of the modern director. Her paper for this seminar presentation has developed from her research into Goethe’s Court Theatre in Weimar.