The theatre of Wajdi Mouawad: De quoi avez-vous peur? What are you afraid of?

French Canadian-Lebanese playwright Wajdi Mouawad is one of the most important artists of the 21st century. His plays have been performed all around the world. Some have been turned into powerful movies, such as the multi-awarded Incendies by Denis Villeneuve. Mouawad is able to speak to the older and younger generations alike, attracting huge audiences under 30, which is not that common in theatre. So what makes Mouawad so popular? Is it his choice of themes: transnationality, identity and finding one’s place in the world? Or is it his unique use of the French language? Or maybe his constant references to Greek mythology? His play Tideline was written after asking his actors what they were afraid of. Is asking unusual questions and trying to find suitable answers the key to his talent and success? 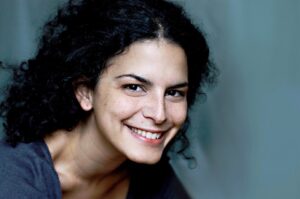 Anna Jahjah studied theatre in Paris where she performed in both classical and contemporary plays. Her directing career began after this, with comedia dell’arte plays and Anglophone theatre. In addition, she worked as a story-teller at the Musée du Quai Branly in Paris, performed in radio plays, and made documentaries about life in Lebanon. Whilst directing, she also worked as a drama teacher at the Conservatoire National Supérieur de Musique. Since her arrival in Australia, she has been eager to share her multicultural experiences, directing non-Australian plays and running drama workshops for adults and students in English, French and Arabic. She still works overseas as an actor and has recently toured the USA with The Lesson by Ionesco. After focusing on French, Spanish and Mexican theatre in the last couple of years, Anna is very excited to be directing Tideline by Canadian-Lebanese playwright Wajdi Mouawad very soon.