This paper examines the narrative authority of the sex worker in Rithy Panh’s Un Soir après la guerre (1998) and Le Papier ne peut pas envelopper la braise (2007), two films that centre on internal migration and economic exploitation in the wake of genocidal devastation in Cambodia and that counter the discourses surrounding sex work with the voices and lived experiences of individual sex workers. A feature and a documentary, these films deploy a range of narrative and visual strategies to recognize those denied any form of political importance within the emergent post-Khmer Rouge social order. When read together, they question the divide and hierarchy between fiction and nonfiction, both in terms of genre distinctions, and more importantly, in relation to the subject of each film: the reality and representation of sex work. Drawing on theories of cinema as window and mirror and developing Panh’s use of windows and mirrors in each film, I argue that Panh’s cinematic image of sex work challenges the assumption of a “transparent” relationship between the cinematic production and the profilmic event, undoing the presumed links between perception, action, and effect. The extent to which this image upsets filmic norms and “epistephilic” desires, that is, the desire on the part of the viewer to know and to connect knowing with acting, is evidenced in the films’ critical and popular reception, which reveals an ongoing discomfort before the sex worker who speaks for herself. 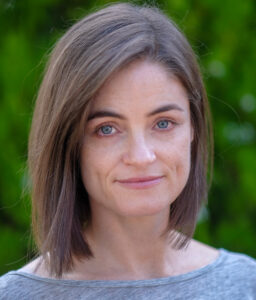 Leslie Barnes is Senior Lecturer of French Studies at the Australian National University. Her first book, Vietnam and the Colonial Condition of French Literature (Nebraska, 2014), offers a literary history of twentieth- and twenty-first-century France that figures border crossings and contact with the colonial other as constitutive elements of metropolitan literary production. Her current project studies literary and cinematic narratives that engage with questions of sex work, mobility, and human rights in Southeast Asia. She has published on these and other subjects in Journal of Vietnamese Studies, Modern Language Notes, and Humanity. She is also co-editor of The Cinema of Rithy Panh: Everything Has a Soul  (Rutgers, 2021).