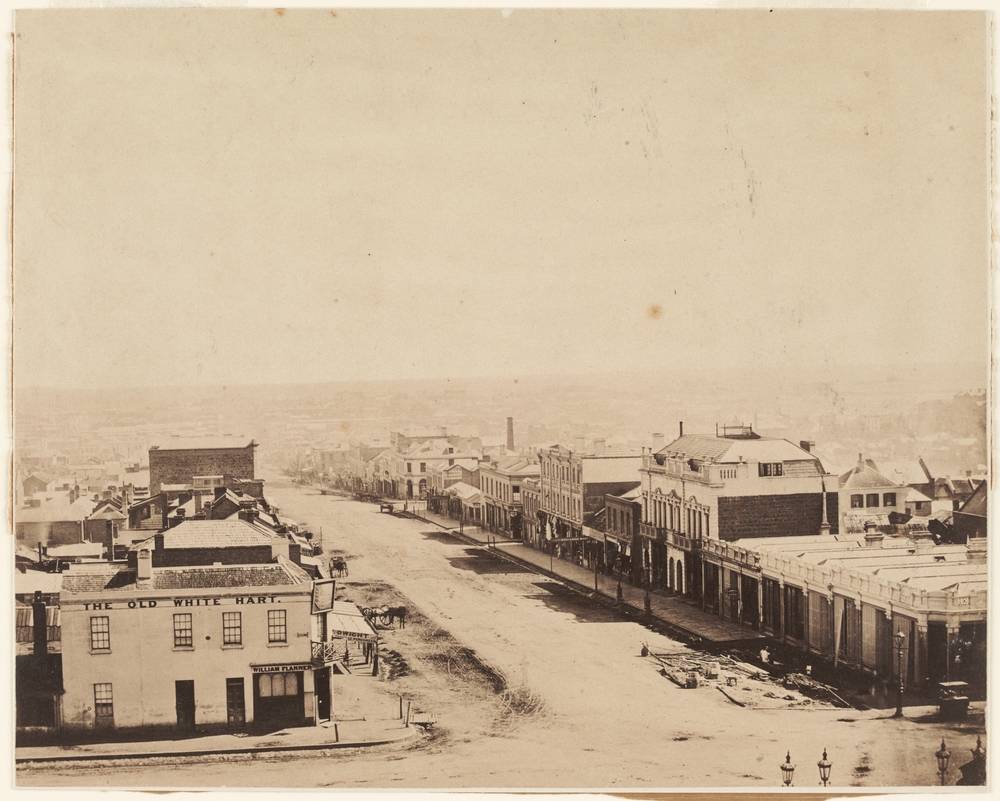 Antoine J. Fauchery (circa 1827-1861), journalist and photographer came by boat from France to Australia. His path is traced in his publication, Lettre d’un Mineur en Australie (Paris, Poulet Malassis et de Broise, 1857 and in three instalments in Le Moniteur Universel) and his photographs with Sun Pictures (1858). Built environments function as markers of the distance traveled and offer an anthropology of the near and the far; how humans relate to proximity and distance. In travel journals, a journey’s progress can be measured by the objects passed along the way, by the architectural objects and built environments encountered and traversed. Fauchery’s depicted constructed spaces in Melbourne, Ballarat, the diggings, tent city, and the aboriginal farm, as well as other built environments such as the bâtiment, the vessel he sailed in, buildings on the main street with shops, public- houses, hotels, domestic houses, and his own café estaminet.

My first encounter with the French language was in Montreal when I was eight years old. Since that time, I have always kept it in my head and heart. For a while I have been thinking of how the built environment is represented in literature, or other kinds of writing such as letters. What kind of space is represented; is it the interior or the exterior, the house or the streets. I have considered this in Marcel Proust’s A la recherche du temps perdu and in the letters of the 18th-century salonnières such as Mme du Deffand. In Antoine Fauchery’s Lettres d’un mineur en Australie the narrator traverses, uses, creates many kinds of spaces: a boat, a rooming house, a church, a prison, pubs, tents next to mines, and the creation of a café estimanet. This foray of how objects are placed in the imaginary can give clues of how the subject relates to objects and what this means for the author and reader.