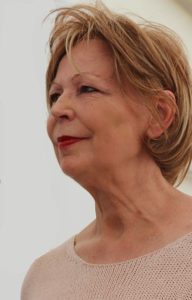 This paper analyses the ways in which two contemporary French authors incorporate another language into their predominantly French-language writing. Lydie Salvayre’s first language was Spanish but she has become a celebrated French-language writer, even winning the prestigious Prix Goncourt in 2014. Hélène Cixous grew up in a multilingual household in Algeria, speaking mainly French but with a German mother and grandmother. In this paper, I examine how Salvayre incorporates Spanish into Pas pleurer (2014) and how Cixous incorporates German into Une autobiographie allemande (2016). I argue that these authors develop narrative strategies that defy what Yasmin Yildiz calls the “monolingual paradigm” of literary production. By writing beyond the monolingual, the monocultural and the monoethnic, these authors innovate literary language and question the boundaries between languages in literary writing.