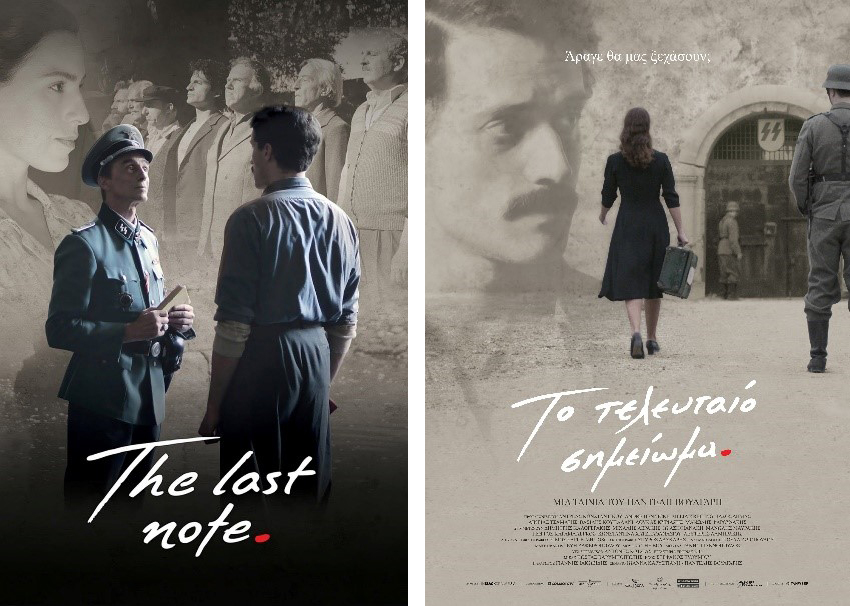 The film is about the execution of 200 Greek resistance fighters and Communists by the German occupiers on May 1st, 1944 in Kaisariani, as reprisal for the Greek Resistance ambush against Nazis. The film takes us to the concentration camp of Chaidari, the period before the execution and introduces us to the people behind the tragic events. Leading character of the story is the 34-year-old Napoleon Soukatzidis, a Cretan with Asia Minor origin, who fought and was held in prisons and exiles since 1936. His dilemma becomes the peak moment in this tragic story (more on the screen…)

The Last Note is one of most emotionally charged and aesthetically accomplished films produced in Greece during the prolonged crisis of the last ten years, which amongst others, gave the opportunity to revisit recent history and explore the predicament of the people. It is a gripping historical drama based on true events. As film journal Cineuropa declared, “this is ultimately how we should be leaving screenings about the history of war and broken lives: with tears in our eyes”.

RSVP to the event