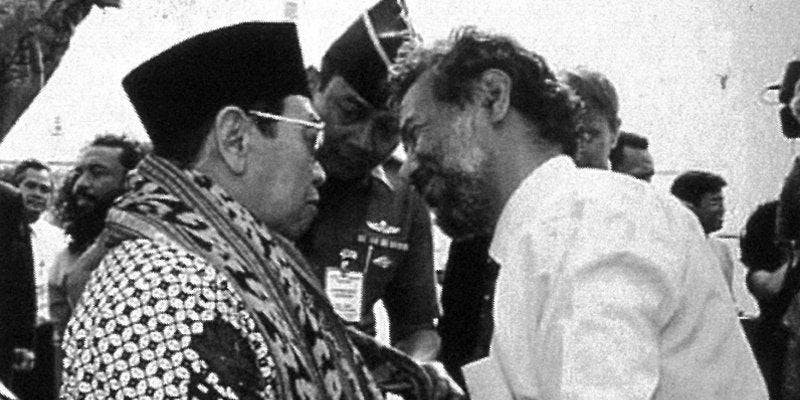 An unprecedented view from within the Freedom Palace in Jakarta as President Abdurrahman Wahid takes on the entrenched power of the military in a tactical battle over who will run Indonesia.

Award-winning Sydney filmmaker Curtis Levy lived at the President’s Palace for 4 months to make this intimate portrayal of the President’s life at a time when he was locked in a do-or-die struggle with General Wiranto. General Wiranto had been the strongman for the former dictator, Suharto, and was in charge of the Indonesian army during the sacking of East Timor after the referendum.

This is a free event. The screening will be followed by a brief talk with the filmmaker.

This event is co-hosted with Sydney Southeast Asia Centre and the Department of Indonesian Studies at the University of Sydney.