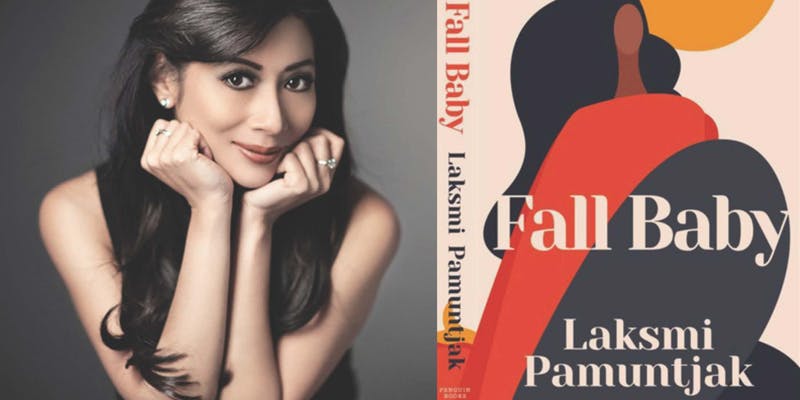 Join us for the launch of Laksmi Pamuntjak’s third novel, Fall Baby, about the intricacies of art, religion, politics and history in a troubled Indonesia, but also about family, identity, motherhood, and the sisterhood of women.

Fall Baby tells the story of two women—Srikandi (Siri) and Dara, one a globetrotting visual artist, the other a political activist. Siri is the illegitimate daughter of Amba and Bhisma, the protagonists of Laksmi Pamuntjak’s award-winning first novel, Amba/The Question of Red. Dara is Siri’s best friend-turned foe. After almost a lifetime of soul-searching in different cities of the world, Siri—brave, brilliant, broken—seeks to escape the difficult realities of her family history by making a new life in Berlin. Just as she is starting to find her footing in her new home, both in art and in life, unexpected family circumstances and a changing political landscape compel her to return to Jakarta—and to confront not only the wounds of her past, but also the complex realities of faith, art and politics in Indonesia: from the daily frustrations of navigating between two cultures and her multiple selves to dealing with religious fanatics who deem her art blasphemous.

Fall Baby is a story of seeing and unseeing, of freedom and censorship. Of East and West, of memory and identity. Of mothers and daughters, of fathers and daughters. Of making peace with one’s parents’ and one’s own history. And ultimately, of the most unexpected yet precious gift of all: the sisterhood of women.

“More than a novel, Fall Baby is a sensual song of longing, loss and hope.” – David van Reybrouck

“Fall Baby is a moving, intriguing novel […] that has the power to change anyone reading it.” – Ales Steger

“A beautiful, wise, elegiac novel steeped in the colors, characters and politics of a troubled Indonesia.” – Ahmed Rashid

This event is co-hosted by the Sydney Southeast Asia Centre and the Department of Indonesian Studies.