The Experience of the Jewish Family during Shoah: Diaries of Child Survivor Yehuda Bacon 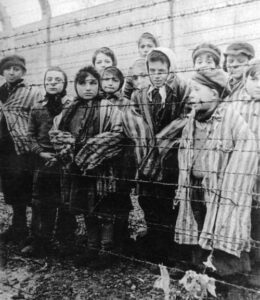 Organised by Mandelbaum House, the Sydney Jewish Museum and the University of Sydney’s Hebrew, Biblical and Jewish Studies.

Hitler’s intention and regime was the destruction of Jewish people. Intrinsic to their murderous policy, the Nazi’s separated Jews from their families and friends. In this lecture Dr Kangisser Cohen looks at the experiences during this extreme suffering and focuses on strategies – planned and unplanned – that each member of the family adopted in order to survive.

Originally from Sydney, Dr Kangisser Cohen is based in Israel. She is Editor-in-Chief of Yad Vashem Studies and the Director of the Eli and Diana Zborowski Centre for the Study of the Aftermath of the Holocaust at the International Institute for Holocaust Research at Yad Vashem. She is a child survivor expert and is currently working on the publication of the post-war diaries of Holocaust survivor Yehuda Bacon.