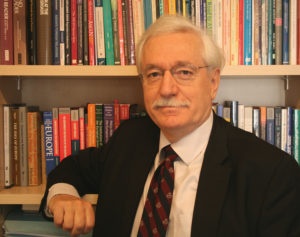 In less than 40 days Britain will withdraw from the European Union, demonstrating in Southeast Asia (amongst others) that a trajectory towards deepening and widening regional integration is not inevitable. Incredibly, some two years after the 23rd June 2016 referendum that launched the Brexit withdrawal process the three possible outcomes – a ‘ hard Brexit’ (i.e. without an agreement with the EU); a ‘soft Brexit’ (i.e. with an agreement); and no Brexit at all (i.e. a return to the status quo ante of continued British membership following a second referendum) – are still possible. This presentation will briefly deal with the reasons for the Brexit vote and, more substantively, suggest ways the Brexit experience can help us understand the challenges for regional integration more widely, particularly in ASEAN.