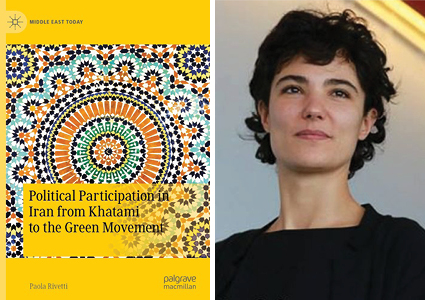 Between 1997 and 2005 Iranian reformist governments sought to utilize gradual reforms to control independent activism. While the governments successfully ‘set the field’ of permitted political participation, part of the civil society that took shape was unexpectedly independent. Despite being a minority, independent activists were not marginal: without them, in fact, the Green Movement of 2009 would not have taken shape. Building on in-depth empirical analysis, the author explains how autonomous activism forms and survives in a semi-authoritarian country.

Paola Rivetti is an Associate Professor in Politics and IR at the School of Law and Government, Dublin City University. Her research interests focus on the government of societies and polities in the Middle East and North Africa. She is the author of Political Participation in Iran from Khatami to the Green Movement (2020), and co-editor of Islamists and the Politics of the Arab Uprisings: Governance, Pluralisation and Contention (2018) and Continuity and change before and after the Arab uprisings: Morocco, Tunisia and Egypt (2015).