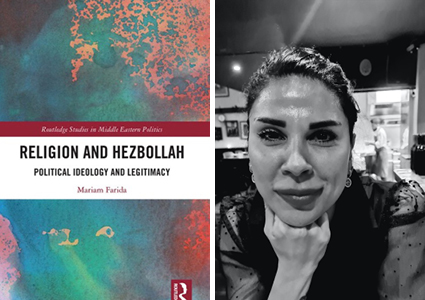 What are the role and function of religion in Hezbollah’s political strategy in the context of contemporary Lebanese politics and global security action? How does Hezbollah use religious mechanisms such as taklif shari (religious assignment), ijtihad (interpretation) of jihad, and fatwa (religious verdict) as political tools to mobilise the Shi’a in Lebanon and the Middle East and to build political support? Mariam Farida’s book provides with new and interesting insights into Hezbollah’s ideology and identity as a domestic and regional non-state actor, and the social mobilisation of Shi’a in Lebanon and the region, providing a nexus between religion, politics and security.

Mariam Farida was awarded a PhD in Security Studies and Criminology in 2019 at Macquarie University. She is currently an Academic Learning Facilitator at UNSW and a Project Officer with Counter Violent Extremism (CVE) unit in CSNSW at Pro-active Integrated Support Model (PRISM).