AraBooks | Bahia Shehab – You Can Crush the Flowers: A Visual Memoir of the Egyptian Revolution

You Can Crush the Flowers: A Visual Memoir of the Egyptian Revolution
Professor Bahia Shehab (The American University in Cairo) 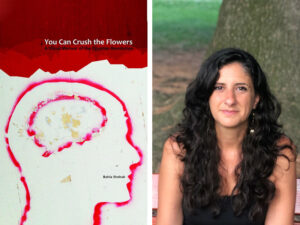 Bahia Shehab is a multidisciplinary artist, designer, political activist and historian whose work focuses on the interaction and intersection of modern identity and ancient cultural heritage. Her imaginative combination of calligraphy and Islamic art history produced cutting edge, beautiful, impactful street art during the Arab Spring and continues to inform her work as an educator and designer. A Professor of Design at the American University in Cairo, a Rockefeller and Ted Fellow, she has been recognized with numerous honors and awards, such as the  Unesco-Sharjah Prize for Arab Culture, the Prince Klaus Award, and the Jameel Prize.