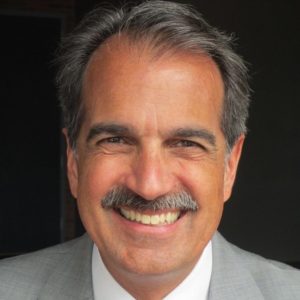 Gary Rendsburg returns for an extended stay as Mandelbaum Scholar in Residence. Distinguished Professor, Blanche and Irving Laurie Professor of Jewish History at Rutgers University, he holds positions across the Departments of History and of Jewish Studies. His interests lie in ‘All Things Ancient Israel’: the literature of the Bible, the history of ancient Israel, the historical development of the Hebrew language, the relationship between ancient Egypt and ancient Israel, the Dead Sea Scrolls, and medieval Hebrew manuscripts.  His interests also include post-biblical Judaism, the Hebrew manuscript tradition, and Jewish life in the Middle Ages. He is author of seven books, including how the Bible is Written (2019), and numerous articles.

The Alan Crown Lecture: The First Diasporas: Egypt and Babylonia

Free and public lecture. All welcome.
With the destruction of the First Temple in 586 B.C.E., Jews left the land of Israel in large numbers. Over the course of the next two centuries, we find a considerable amount of archaeological evidence for Jewish life both in Egypt and Babylonia.

Septuagint, Synagogue, and Symbiosis: The Jews of Hellenistic Egypt

The conquests of Alexander the Great brought Hellenism to the entire Near East in the late 4th century B.C.E. No Jewish community reflects the symbiosis of Hellenism and Judaism better than the large and thriving community of Egypt – especially in Alexandria, though in other locales as well. They translated the Bible into Greek, they built synagogues (called proseuche in Greek) dedicated to the Ptolemy kings and queens, they wrote Jewish literature in Greek, they were fully integrated into the society and economy, and in one case they even constructed a temple in Egypt (to rival the one in Jerusalem).

The Jews of Arabia

The least known Jewish community in the ancient world is the network of Jews who populated the Arabian Peninsula during the years between the destruction of the Second Temple in 70 C.E. and the rise of Islam during the 7th century C.E. Nonetheless, a significant amount of material written in Hebrew, Aramaic, Greek, Arabic, and South Arabian – much of it discovered only within the past several decades – illuminates these Jewish communities. Jews lived in oases in northern Arabia, they lived as Jewish tribes in and around Medina, and they even formed the basis of a Jewish kingdom in Yemen – while the wealthiest among them arranged for their burials in the land of Israel, notwithstanding the great distances involved. The narrative reminds us how time and again the historian of Judaism needs to have the broadest cultural and geographical horizons.

England as a Custodian of the Jewish Past

Most people are well aware of England’s role as a center of antiquarianism, and most are equally aware of England’s abiding interest in all matters biblical (witness Wycliffe, Tyndale, Authorized Version, etc). Much less well known is England’s role as the custodian of the Jewish past. To put it plainly: No other country in the world possesses both the quality and the quantity of Hebrew manuscripts in its library collections – almost all of which were collected by Christian scholars (and not Jews): Thomas Bodley, John Selden, Edward Pococke, Robert Huntington, Benjamin Kennicott, et al. Why is this so? And how did it happen? This lecture will survey all of this material, and more, as it proceeds through the centuries, commencing with the Middle Ages and then crafting the narrative from Tudor times to the Victorian age.